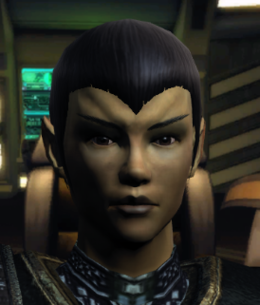 Charva grew up as an orphan. Tovan Khev met her in the aftermath of the Hobus supernova as a woman with passionate feelings and striking beauty. They talked often of their dreams of a better life for their people – a new home, and a new beginning where they could rebuild and carry on the best traditions of the Romulan people. Loyal to a fault, Tovan soon could not imagine spending his life with any other woman.

However, on the eve he sought to express these intentions to Charva, she preempted him with news of her own – in order to secure the peaceful and unified future she imagined, she intended to join the Tal Shiar. Her decision finally led to their relationship ending and the two would not meet again until 2409. 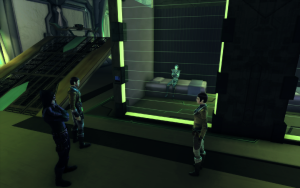