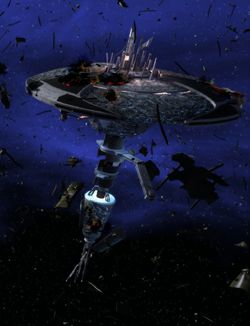 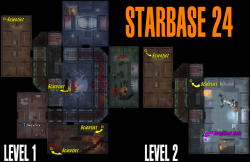 One of the closest starbases to the neutral zone between Federation and Klingon Empire space, Starbase 24 is essential to Starfleet's war plans. A research team on the station is developing new weapons, and the station's staff is busy around the clock treating wounded and repairing battle-damaged ships. The station was where survivors of the Khitomer Massacre were taken in 2346, and it still holds a historical archive of records and artifacts related to the event.