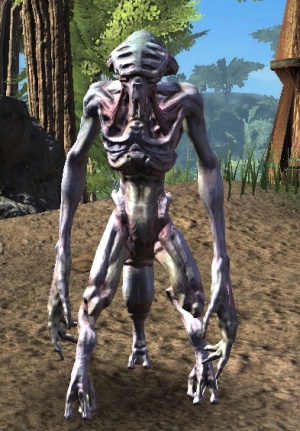 The Undine utilize organic technology comprised of the same material they themselves are made of. This makes their vessels unusually resilient against Borg attacks. They are also capable of shape-shifting using a form of genetic manipulation, and can switch between different forms at will. Undine ships use Fluidic Antiproton weapons.