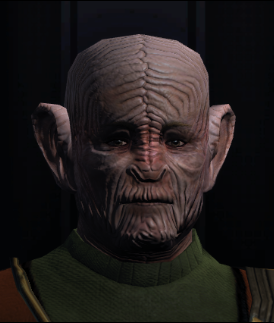 The Yridians are a humanoid species native to the planet Yridia. They are not members of the Federation.

Yridians have a small stature, similar to the Tellarites. Their ears are enlarged, though not as huge as Ferengi lobes. Main feature is the wrinkled skin. Deep lines cover the body. Skin tones range from pale pink to grey.

Yridians are generally considered smugglers and schemers out for personal gain. Commodities Broker Yeserin, among others, went into space to rectify the image. He considers this stereotype not representative of the entire species.